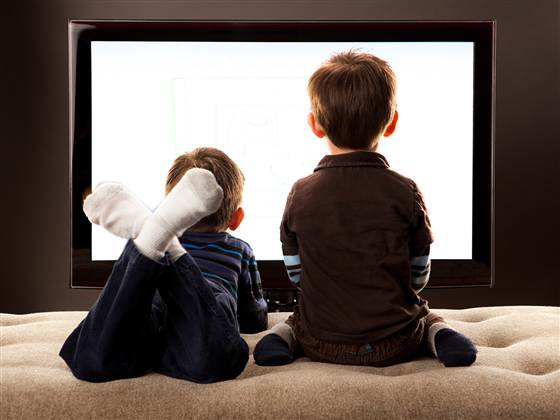 There was I, sitting in the living room with my family and watching that typical melodramatic Sas-Bahu Serial. It was hitting my mind again and again, don’t I have anything better to do in my life than to watch this serial. Yeah sure I want to chill out after a long day but with that thing going on the television, was it helping me in any way?

Movies and television, the two most famous source of entertainment! 60-70% population all over the world averagely watches television for 34 hours a week. That statistic surely surprised me.

There are so many of typical daily soaps, which does nothing but to waste time of the people who get involved in them. I can really sort them according to few categories:

Believe it or not, do you really think your time is worth watching these series mentioned above over these:

I am not here to criticize the individuals who watch such serials, neither am I opposing to watching television or movies. I myself agree that it’s a great source of entertainment and knowledge, but only if used in the correct way and for the right purpose.

Have you ever thought about what impact your children gets from such kind of serials. If they watch something on television, they try to imitate the same in their lives. Yes, your child’s, yours psychology gets affected by watching such soaps. You might be disturbed because of the main hero getting married to another evil woman in the serial, but where does that leaves them? They are simply some actors doing what they have been told to do.

A child from my acquaintance has a very short temper, he is arrogant, and he gets into lots of fights. I was just curious about what he actually sees on television. So I observed that he used to see loads of violent movies, dramatic shows where the kids talk arrogantly to their parents and uses slang. And there it was; the reason behind his behavior. Isn’t that his parent’s responsibility to keep an eye on their children?

Girl’s who daydream about their hero, after watching a typical romantic movie. He would be like this and that, they would use all the good adjectives they could recall while describing their dream guy. The same is the case with boys, after watching all the hot chicks on television, who always look so perfect, beautiful, classy and has a style statement of their own; how could they see good qualities in a normal girl?

This article is simply dedicated to give all the people a wake-up call. Do not expect your life to be like movies or television soaps. That ain’t gonna happen. Instead, try to look the best in you and others the way they are. You can never get satisfied if you will keep on comparing, judging and dreaming.

There are many appreciable series on television and so are good movies which are full of knowledge, inspiration and sense. If you want to relax a bit then sure go for comedy, talent shows. Give yourself a push to watch those instead. I bet you will see the change in your life and behavior in very less time.

2 thoughts on “TV and our psychology”